It was one of those nights when I wanted Japanese food.  Having learned that a new sushi restaurant has opened in the Huntington area I thought I should go give them a try.  J and R was there a few weeks ago and while J told me that this place was passable, I still decided to go since it was only a short drive away.  Plus, I am always looking for new places to blog about! We arrived to a fairly small Korean owned restaurant but was still able to grab a table right away.  It was odd because a young female server (the only server) has sat us down, placed menus down but did not ask for our drink order.  After several minutes of watching her prancing back and forth I finally got the attention of the older sushi chef and he came and grabbed our order, but still did not ask for our drink order until hubby said something.  Interesting… so during our stay pretty much all the staff took their turns dropping off our food for us.  In all honesty, the food came out fast, it was mostly pretty tasty, and all the staff was friendly except for our server.  More on that later.

Here’s what we ordered tonight: 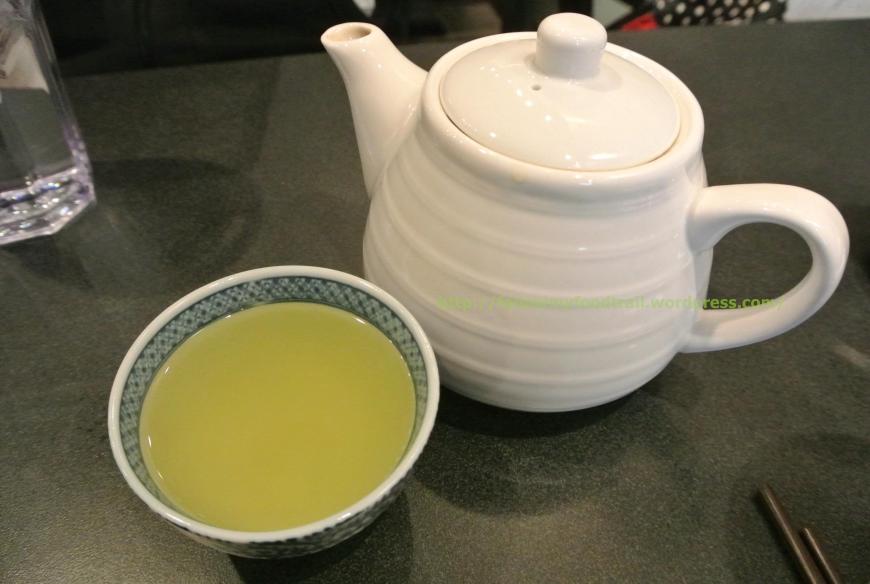 Hubby’s standard order of green tea.  This one tasted like genmaicha. 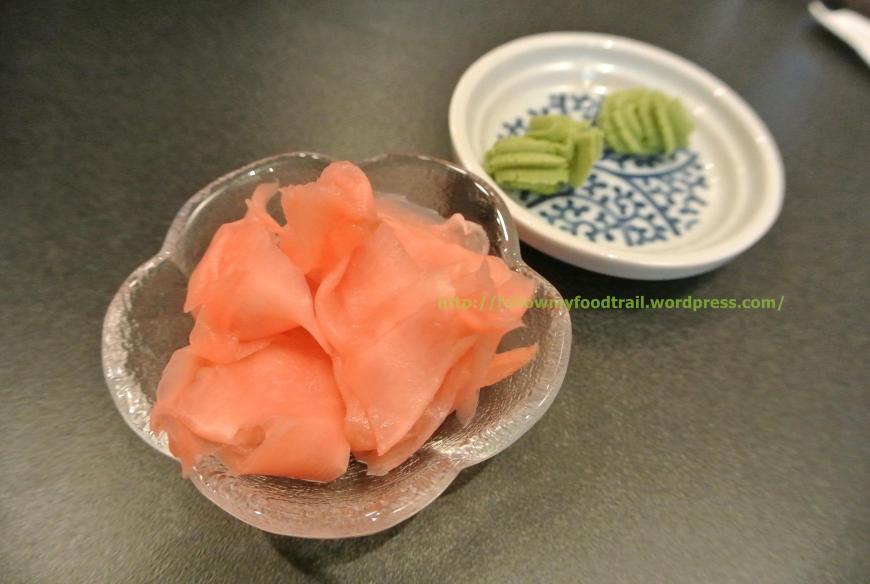 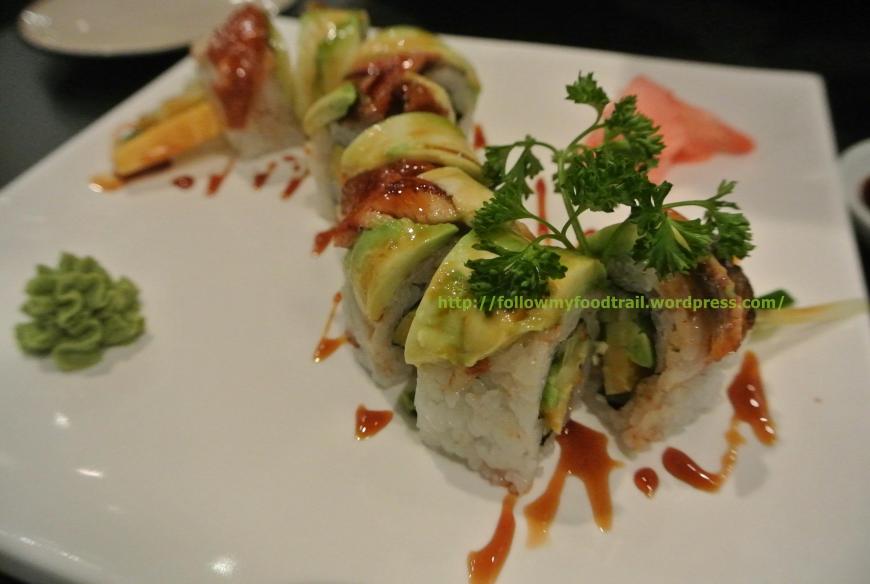 I thought this was a very well executed dragon roll.  I like how fresh and clean tasting the ingredients were and the sauce was used sparingly, instead of smothering the entire roll in it.  The roll itself was well made and didn’t fall apart.  It was also a decent size. 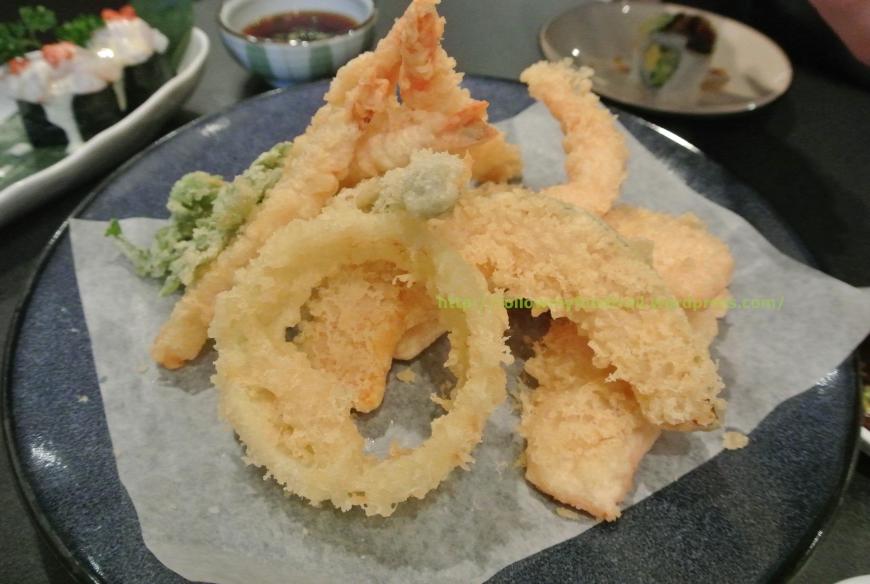 These were lightly battered but also quite oily.  The winner was the tempura sauce which was seasoned very nicely and provided a lot of flavor to the tempura.  Vegetables were still crunchy as well as the shrimp. 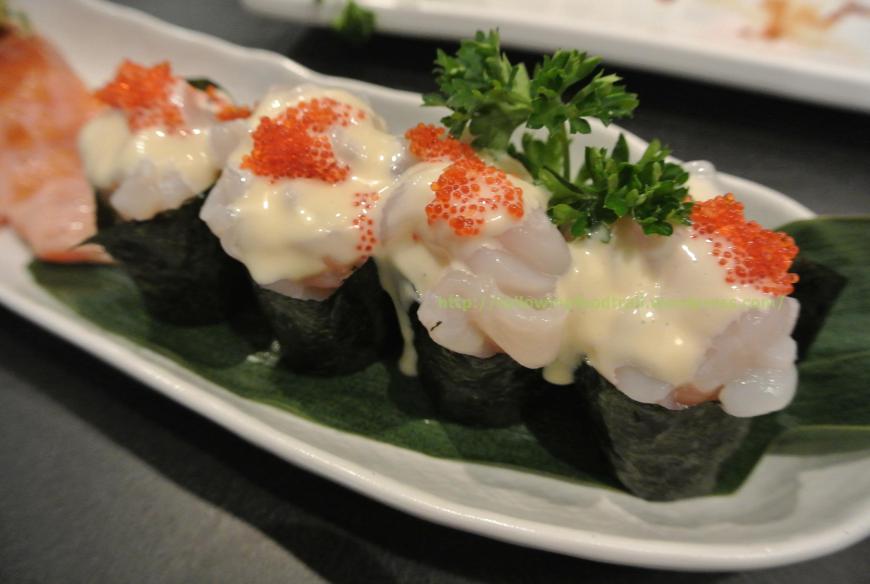 I didn’t like this at all.  The scallop had a very soft and slimy texture with no bite.  Also, it was not a chopped scallop mixture – it was just chopped up scallop topped with a mayo sauce and tobiko. 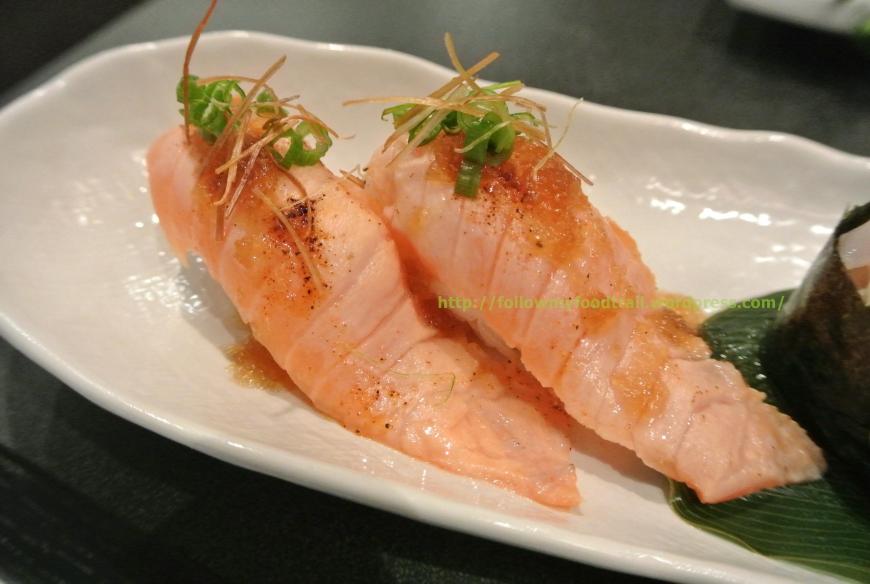 This was definitely better.  The entire top side of the salmon was seared and topped with a vinegary sauce.  The fish was creamy and soft and very enjoyable to eat. 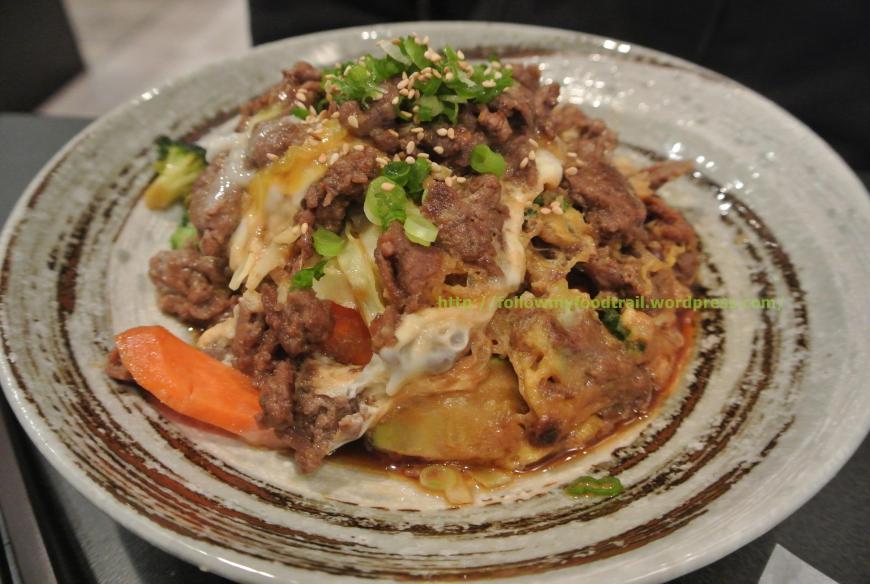 Hubby’s dish.  He thought it was decent but noted there was too much sauce on it. 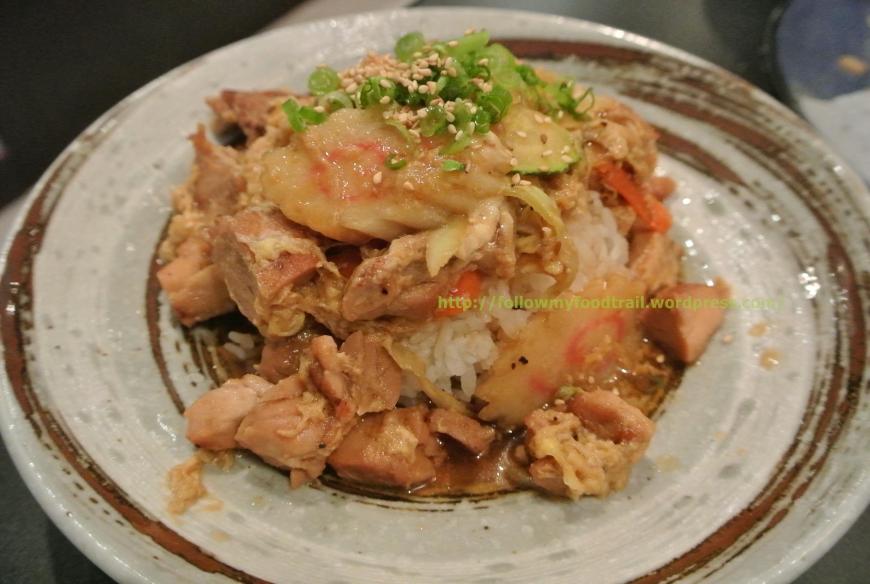 My dish as I needed something to share with my son.  This is essentially the same as hubby’s but with chicken instead of beef.  The chicken was nicely tender, but I thought the portion overall was on the small side and found the sauce to be really sweet, but since kids love sweets my son happily ate his portion. 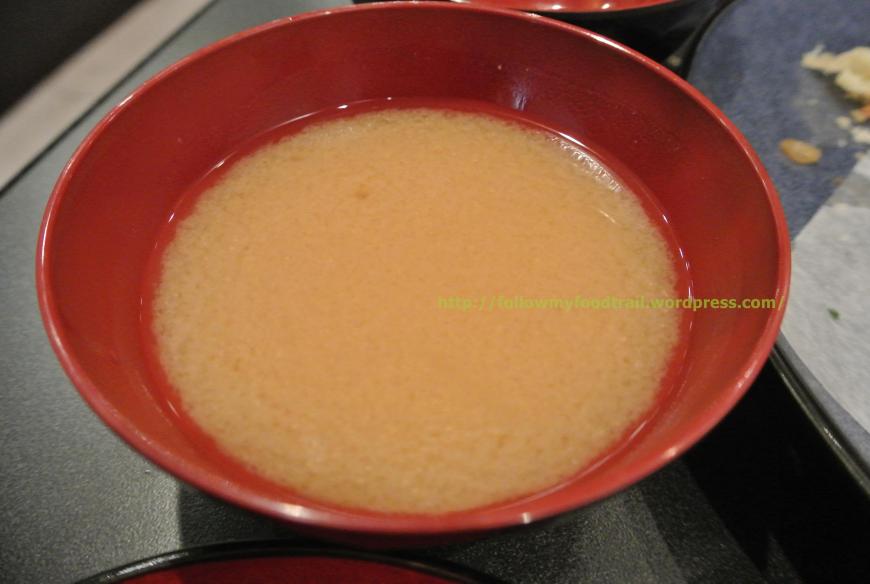 The older lady who works in the kitchen brought this out for me.  I wasn’t expecting it but appreciated the gesture.  I actually thought this was one of the better miso soups I’ve tasted – flavorful, not too salty and was mixed well.

In general, I thought the food was pretty good and that alone would warrant a return visit from me.  However, the service… before I start my rant, both the sushi chefs and the kitchen lady were wonderful – especially when the kitchen lady brought out a pair of child chopsticks for my son which he loved.  However, when your server isn’t doing her job then it’s definitely a problem.  From not taking our drink or food order to… I think she only brought one of our dishes out… and then fast forward to the end of the meal.  So the table behind hubby has a pot of tea, and so do we.  She went to that table, offered to fill their pot without them asking, and when she was done I would assume she’d come to our table next.  Nope, walked straight past us, went to the table behind me, asked how that table was doing and then packed up their stuff and brought them their bill.  Another few minutes has passed, she comes over to our table, doesn’t say a word, and starts clearing out half of our empty dishes.  Then another couple minutes later, she cleans out the rest of the empty dishes.  No offers on drinks refills.  Not even a word.  Finally, another few minutes after that she brought us our bill even though I didn’t ask for it as I was contemplating whether I should get dessert or not.  If you think the lack of service was because perhaps she was busy, she wasn’t.  She was standing behind the counter looking around during those last 15 minutes.  Fine, I can take a hint.  I would’ve love to not tip her but because the rest of the staff was great, I can’t take that away from them.  As I went up to the counter to pay, the younger sushi chef came over and asked how the food was, and then she finally comes over and asks me how the food was.  Don’t you normally ask that during the meal? Really, not sure why such a huge difference in service, and even if those tables were her friends, during the grand opening of a restaurant don’t you want to be friendly to all of your customers? I mentioned this to J and he believe that she was her server as well, and he thought her service was lacking and awkward.  Too bad really, as this could’ve been my new sushi hangout spot, but as someone who ranks service equally important to food I don’t see myself returning unless they get a new server.