Warning: you will be seeing a lot of sushi/Japanese food posts from me for the next little while.  It makes sense though right? I’m just making up for lost time in the past so many months… So, I discovered Roku a couple months ago and was very excited to have a new Japanese restaurant close to me.  I will say I was undecided from my first visit since a) I couldn’t try any of their raw offerings and b) prices were on the steep side, so I wasn’t sure how often I would frequent here.  It’s hard to judge a sushi restaurant when you can’t exactly indulge in the raw stuff! Then after I gave birth my brother W and his girlfriend K came to visit from the boonies and he mentioned that one of his friends speak very highly of Roku.  Well, after trying their really fresh sushi and sashimi I can say I’m hereby converted… it fills the void in my heart (and stomach) that Wa’s and Sushi Club has left behind.

Here are pictures from my three visits so far (and many more to come, I’m sure): 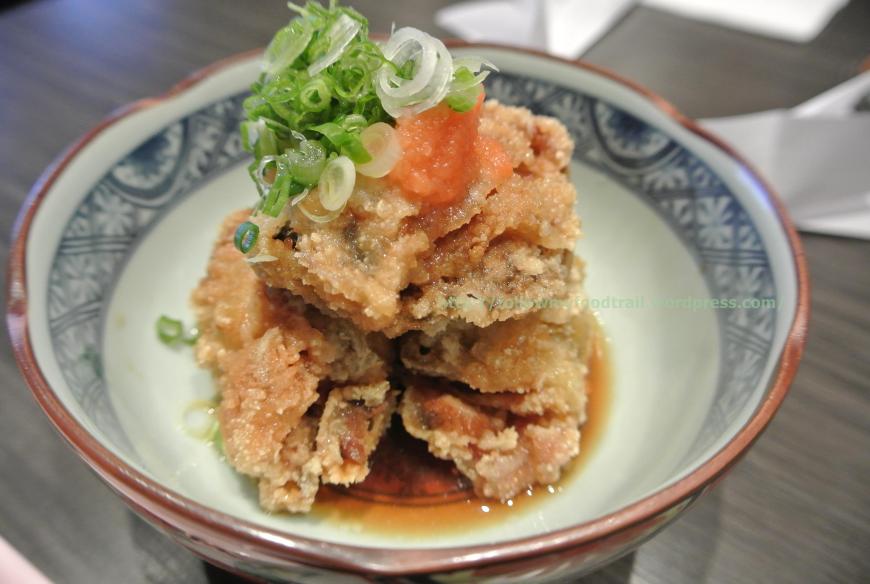 Lightly fried bread oysters in ponzu sauce  The oyster was meaty and succulent and was nicely complemented by the flavorful ponzu. 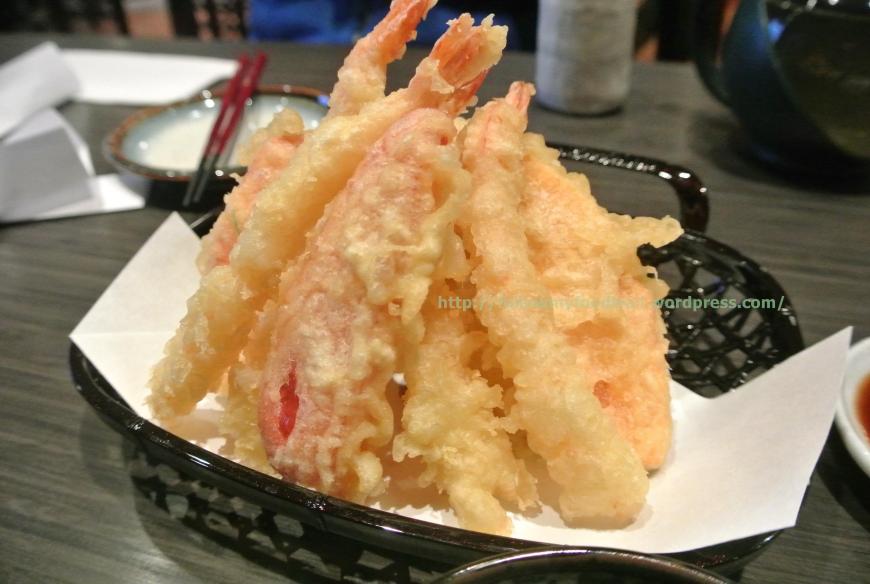 Lightly battered and not too oily, these were light and crispy.  4 shrimps and 6 pieces of vegetables. 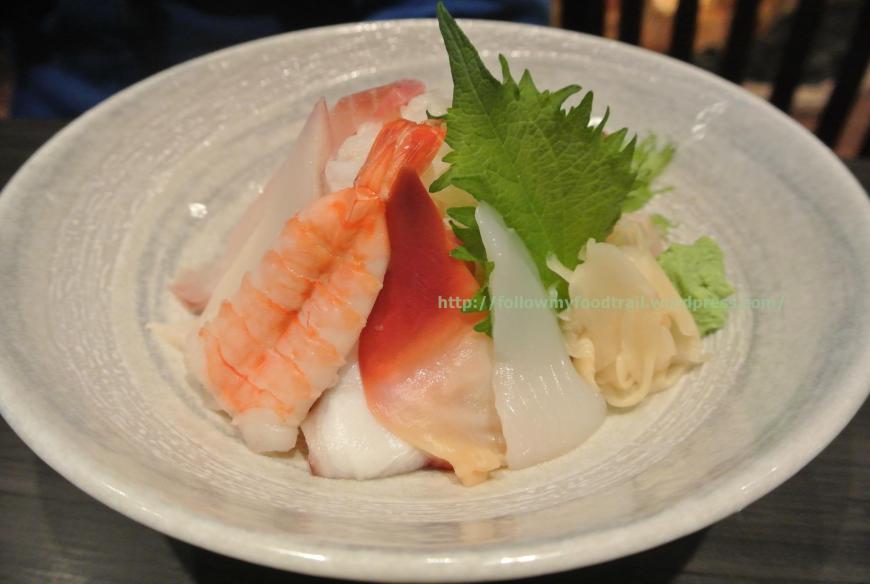 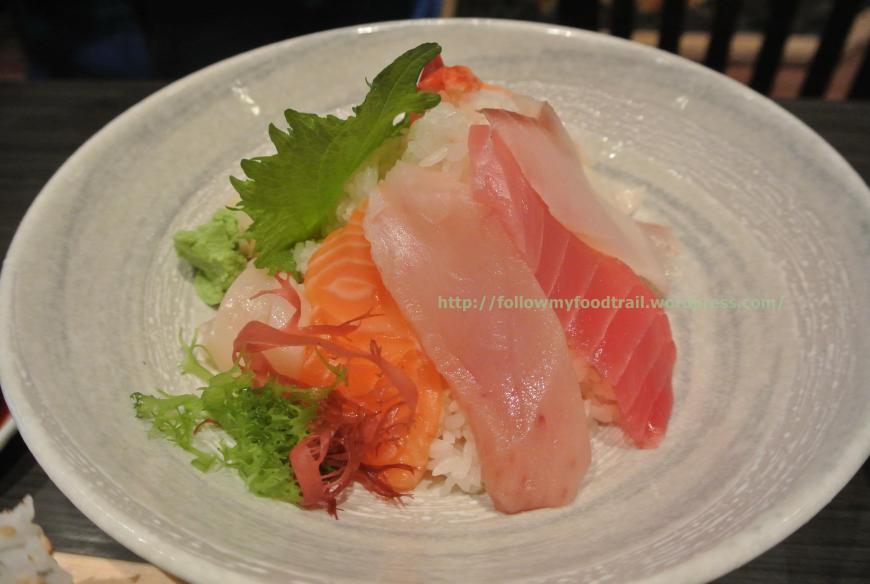 This was hubby’s, what he was expecting for a chirashi don.  He liked it and kept saying how fresh the fish was… I thought there could be a few more pieces of fish in the bowl (I counted 9). 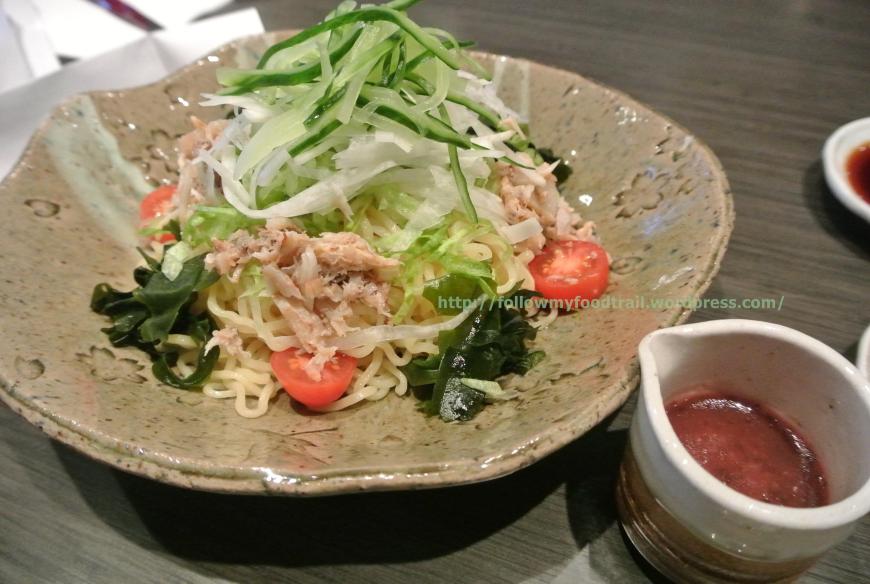 Served with a berry like but savoury dressing, I got this merely to share with my son.  The flavors were quite nice and it’s quite a change from the soup form. 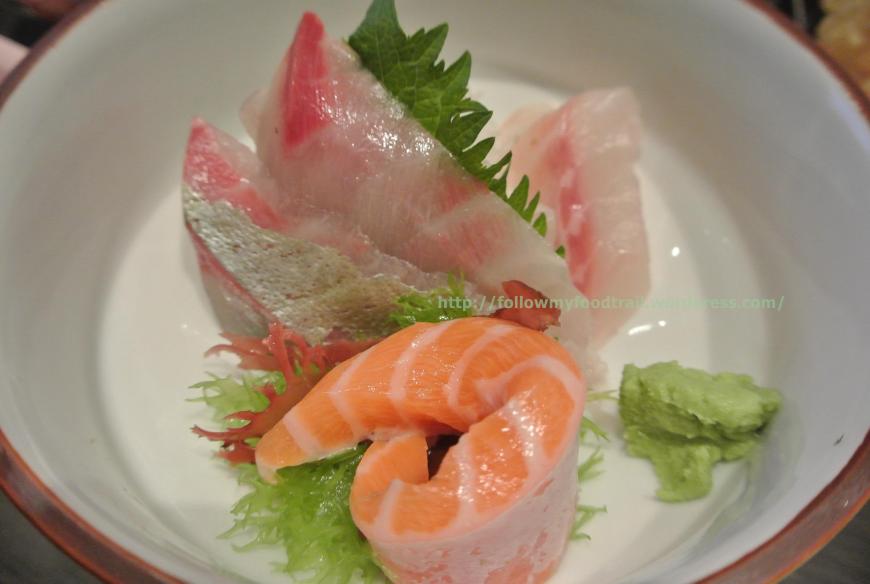 Some special sashimi was offered that night and since hubby loves shima aji, he had to get it.  These are cut decently thick and once again hubby said they were very fresh and flavorful. 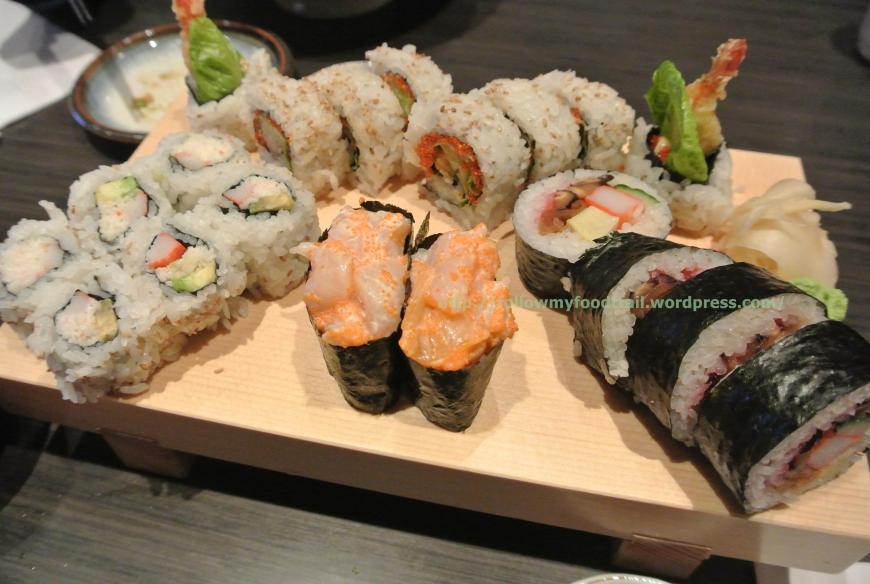 Most of these are mine, except for the California roll which of course was for my son.  One thing I appreciate is how nicely seasoned the rice was! The rolls were all very well made with an ample amount of filling. 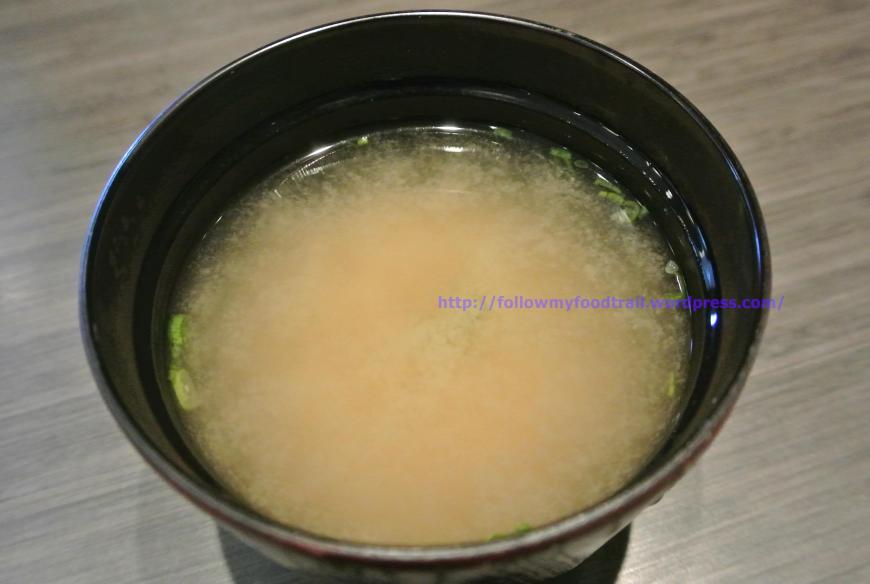 Comes with lunch combos.  This was light, flavorful and not too salty. 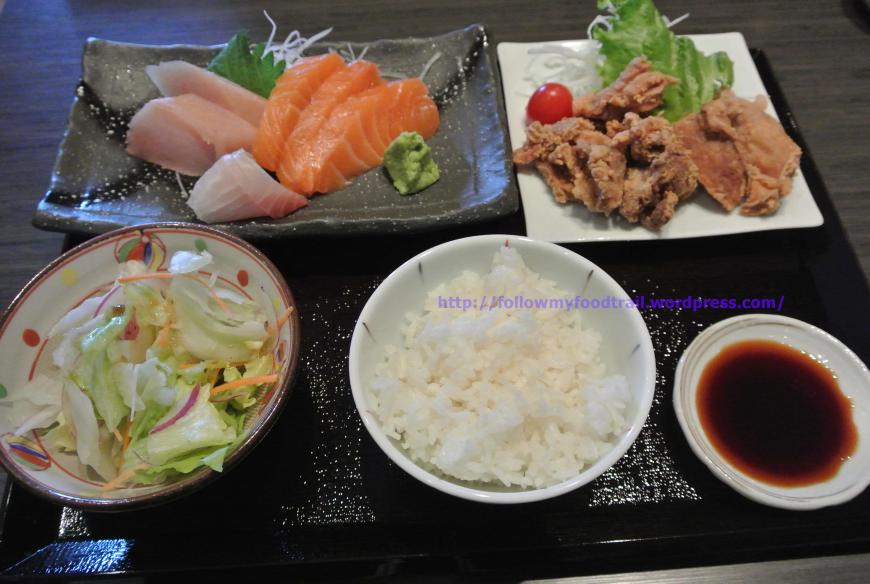 They have lunch specials where you can pick two items (one has to be their sushi or sashimi, and the other a hot food) from a specific list for $14.  I was so excited to try their sashimi and wow… skillfully cut, creamy, fatty, fresh, flavorful… so good.  I miss having quality raw fish like this! Yum.  The chicken karaage was lightly fried but a tad mild in flavor – I think it needs a dipping sauce. 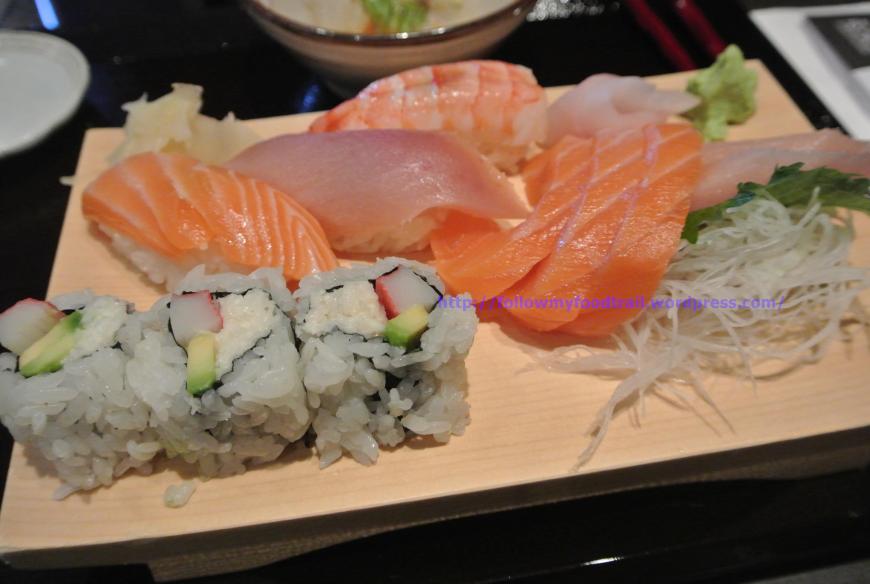 My brother and his girlfriend both ordered this and enjoyed it immensely.  3 pcs of California roll, 3 pcs of nigiri (salmon, tuna, shrimp) and 6 pcs of sashimi (3 salmon, 2 tuna and 1 red snapper).  Comes with salad, soup and a bowl of rice. 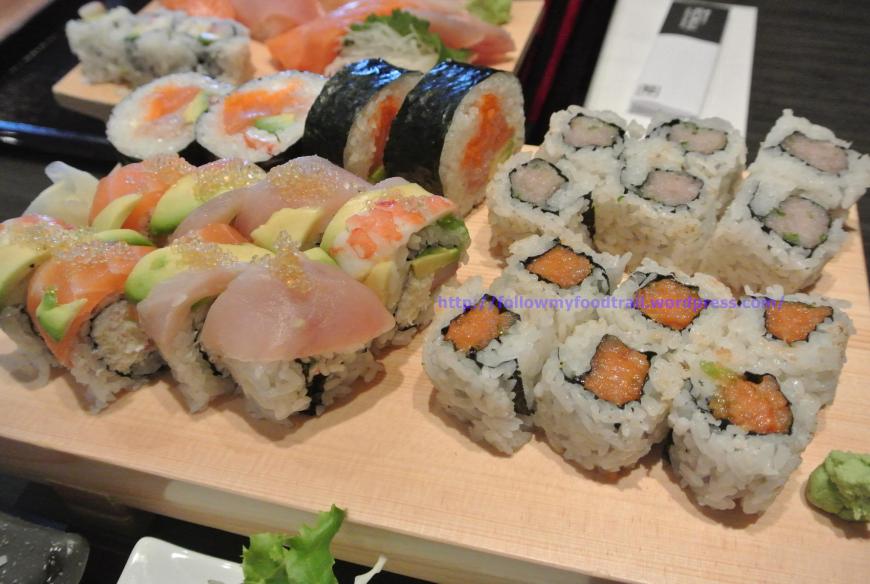 An array of rolls that we shared and I have to say, I really like their house special roll.  It’s uber creamy thanks to the addition of mayo, and the combination of all the ingredients make this roll very enjoyable to eat – nearly melt in your mouth! I wish their negi toro was a hoso maki instead – I don’t like it as an outside roll.  Everything was tasty and fresh once again. 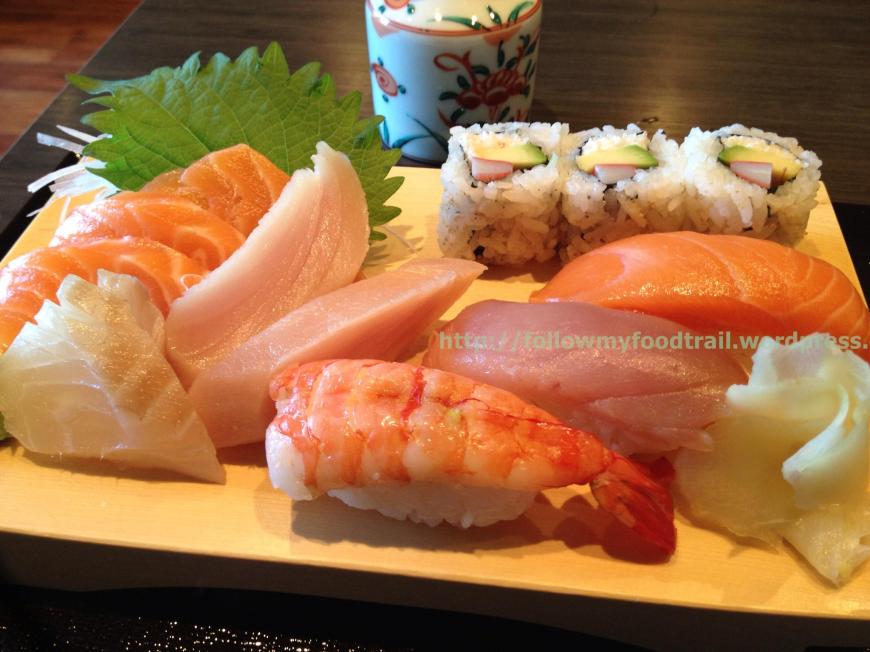 I came back the following week because I was craving for some quality raw fish! 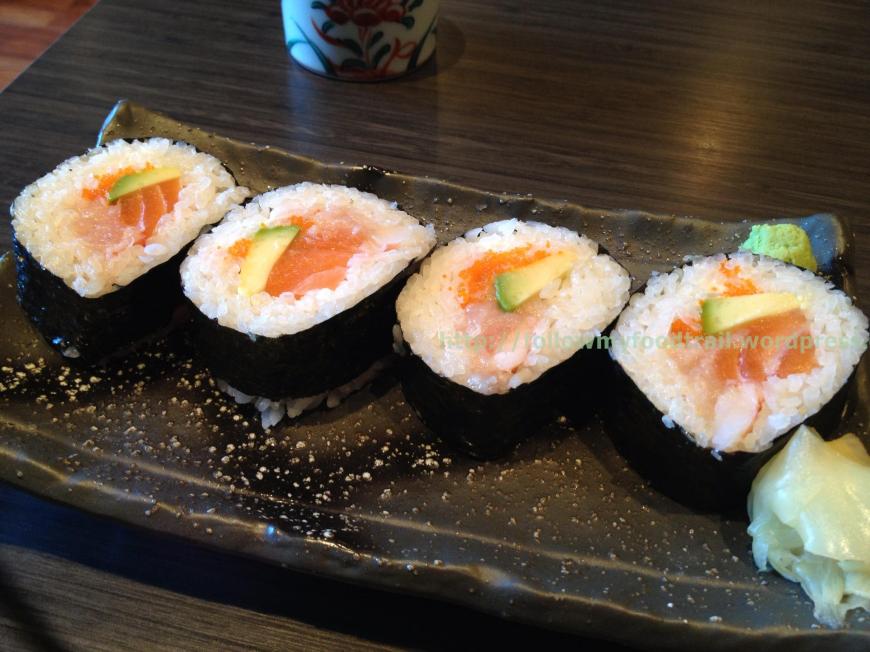 Yes, I really like this roll.  One day I will try a different one. 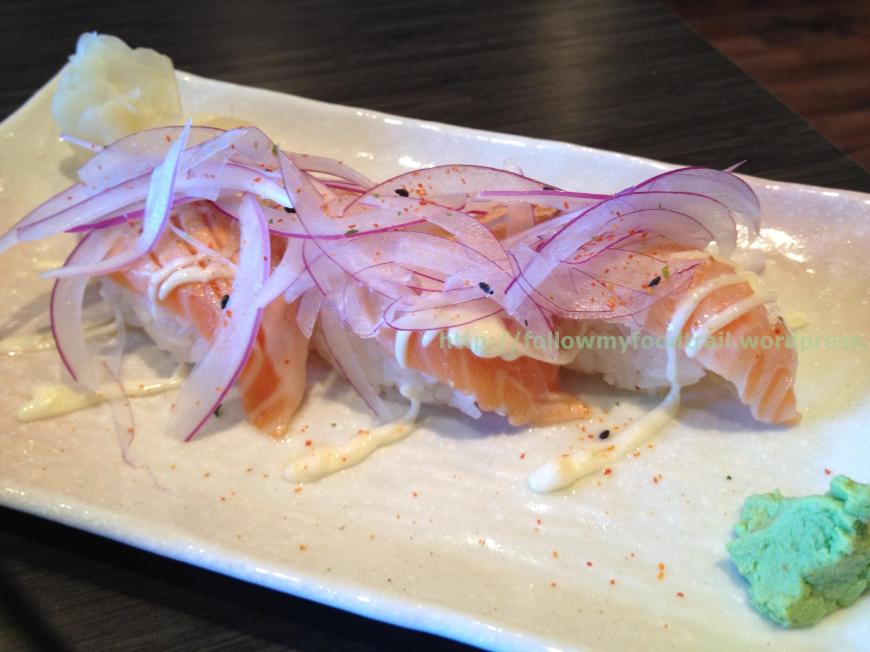 There was a special that day of their salmon belly and I had to try it.  I’ve always liked seared sushi anyway and searing the fatty salmon belly adds a burst of natural oil in your mouth so it’s even more melt in your mouth than usual.  I also like how it was very lightly seared… some places overdo it.

This has easily become one of my favorite Japanese restaurants and I’m so happy to have them in the N.W.  I won’t sugarcoat it, the prices are on the high side but for the quality it is totally worth it.  Service is pleasant and I like how their menu has traditional Japanese offerings.  Some days the fancy fusion stuff just won’t do!